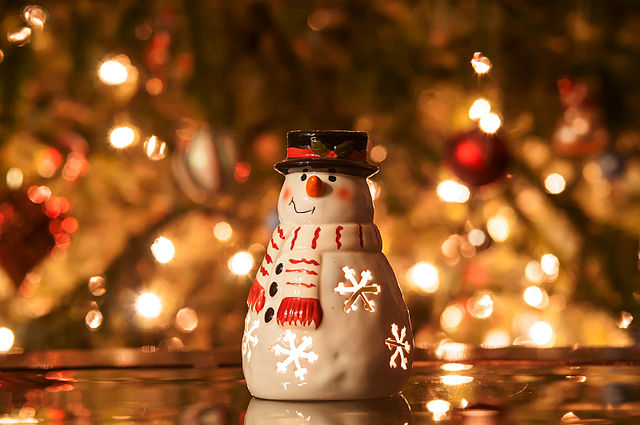 Most people call this season a magical time, and when I think about what makes it so, I think of all the traditions that we revisit year after year—rituals that are shared by so many others at the same time that they become larger than our individual acts.

I love seeing cars with Christmas trees tied on top, people carrying bags of packages wrapped with red bows, neighbors stopping by with a tin of holiday cookies. And that special glow everyone gets decorating the home in sparkling lights and ornaments that we take out of storage only once a year and only at this special time.

When I watch Christmas Carol every year I can’t help remembering the way at age five, I hid behind the sofa the first time I saw the black-robed ghost of Christmas future. Then last year I saw my friend’s little daughter do the same thing!

Back when I was a dancer living in New York City, I once had a rehearsal that ended late at night and I didn‘t have the money for a cab. So I took the stairs down to the subway platform below street level—a dark and desolate place in a not-so-savory neighborhood.

There was only one other person there, and by the nervous look she gave me when I arrived, I guessed she wasn’t feeling too safe either. I just hoped the train would arrive before any bad dudes discovered two defenseless women were down in this enclosed space where I doubted anyone would hear a call for help.

It was almost Christmas and I clung to the joy that always fills me this time of year. I quietly began singing to myself “Deck the Halls.” The middle-aged woman waiting several feet away must have heard my tiny song because she started singing it too, joining me word for word. Soon we were standing close together singing one carol after another until the subway arrived.

We didn’t know each other’s names and we got off the subway at different stops, but when we parted we exchanged a

smile that told me we had shared in the special magic that is Christmas.

Those special moments are what inspire me to write a holiday romance each year. This year’s romance, Her Christmas Secret, is a mistaken identity story about a toymaker who courts a cold-hearted investor in her desperation to help her sister’s family.

Wishing you and yours a joyous Christmas, happy Chanukah, blissful Kwanzaa, merry Solstice ~ and of course a wonderful New Year. 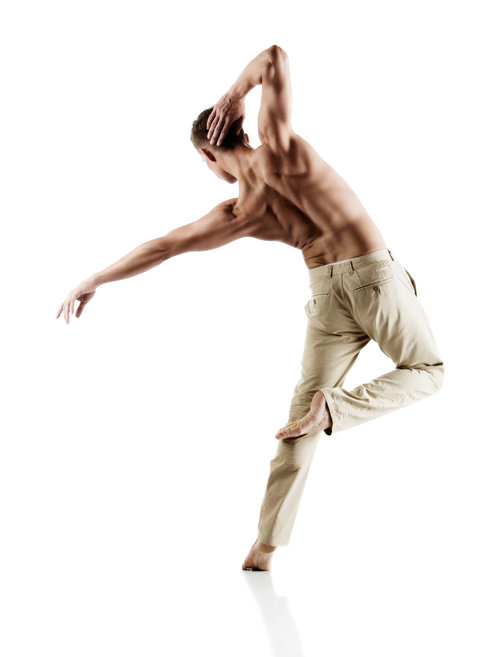 Many prominent male dancers tell stories about taking their sisters to ballet class and deciding to give it a try—and finding that they love it.

For one thing, ballet, modern dance, hip-hop and many of the performance-oriented forms require athleticism that is every bit as challenging as most sports. An advanced-level dancer can easily measure up, if not surpass other athletes in terms of strength, endurance, and of course flexibility.

While times keep changing and gender roles are expanding, there are still parents, mostly fathers, who do not like the idea of their sons studying dance. Maybe it’s the music? Or the ability to look graceful while doing something hard? Or the fact that they wear tights in ballet? Having spent a good part of my youth in dance studios and my early adult life as a professional dancer, this baffles me.

As a dance teacher I often encountered parents who weren’t too happy to have sons who danced. I remember one teen who was particularly gifted. I helped him develop his skill and later apply for and receive a scholarship to the prestigious North Carolina School of the Arts. His father called me up and lit into me, saying, “What have you done to my son?” 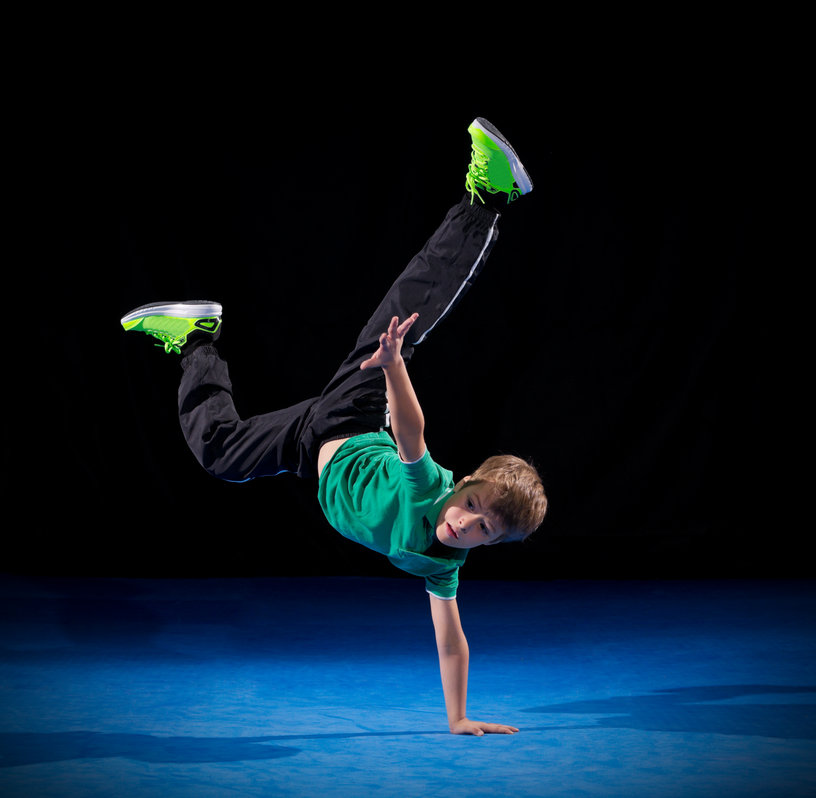 So how could I not use this subject in one of my romance novels?

In Kiss Me, Dancer the divorced father of a talented boy runs head-on into a determined dance teacher and sparks fly in more ways than one.

Kiss Me, Dancer is on sale for the rest of September. The whole Dance ‘n’ Luv series is now available to read free on Kindle Unlimited. 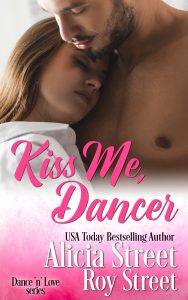 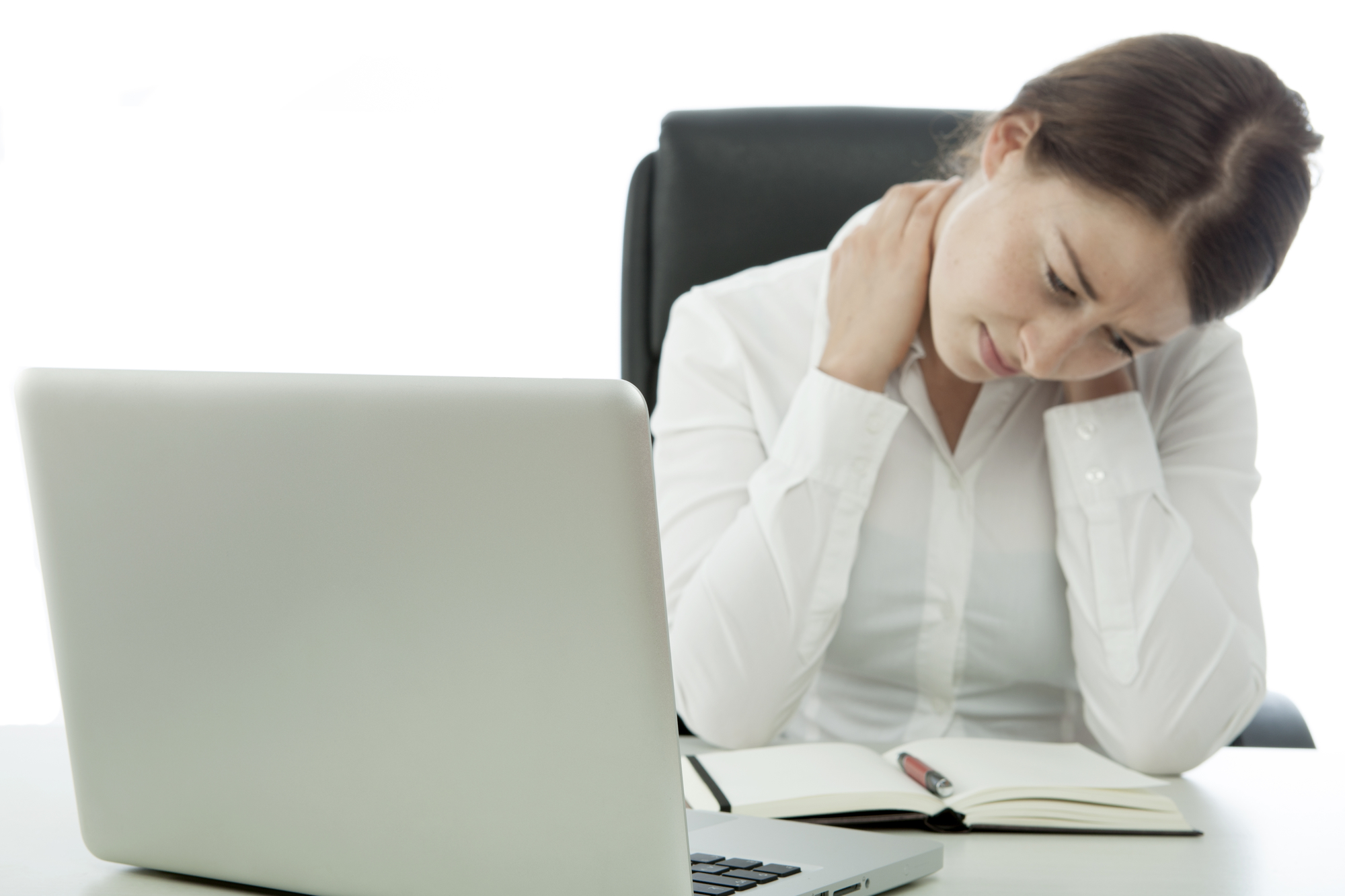 Whether we’re reading or writing or working in an office, most of us spend way too much time sitting. And the latest research on what that does to our health is downright scary—from back pain to obesity and even the increased risk of life threatening illnesses.

The good news is that making ourselves get up and move can change the picture.

Having spent my early adult life as a professional dancer, I already have trouble sitting for too long. But being a writer and editor and loving to read for pleasure in my spare time, that’s what I do for most of my days.

Here are some tips for staying fit and counteracting the negative effects of prolonged sitting that have helped me.

Set a timer. I try to get up every fifteen minutes.

Move your arms and legs when you get up. Maybe play one of your favorite tunes and dance, or if you’re at work, go to the ladies’ room and march in place for a full minute. So what if a co-worker comes in and thinks you’re a bit odd.

Sitting for so long often means our butt muscles lose tone. A good exercise for that is to get down on hands and knees and lift your leg behind you. I recommend at least two sets of ten on each leg. And if you want to get your stomach muscles involved, reach out the opposite arm as you lift the leg. 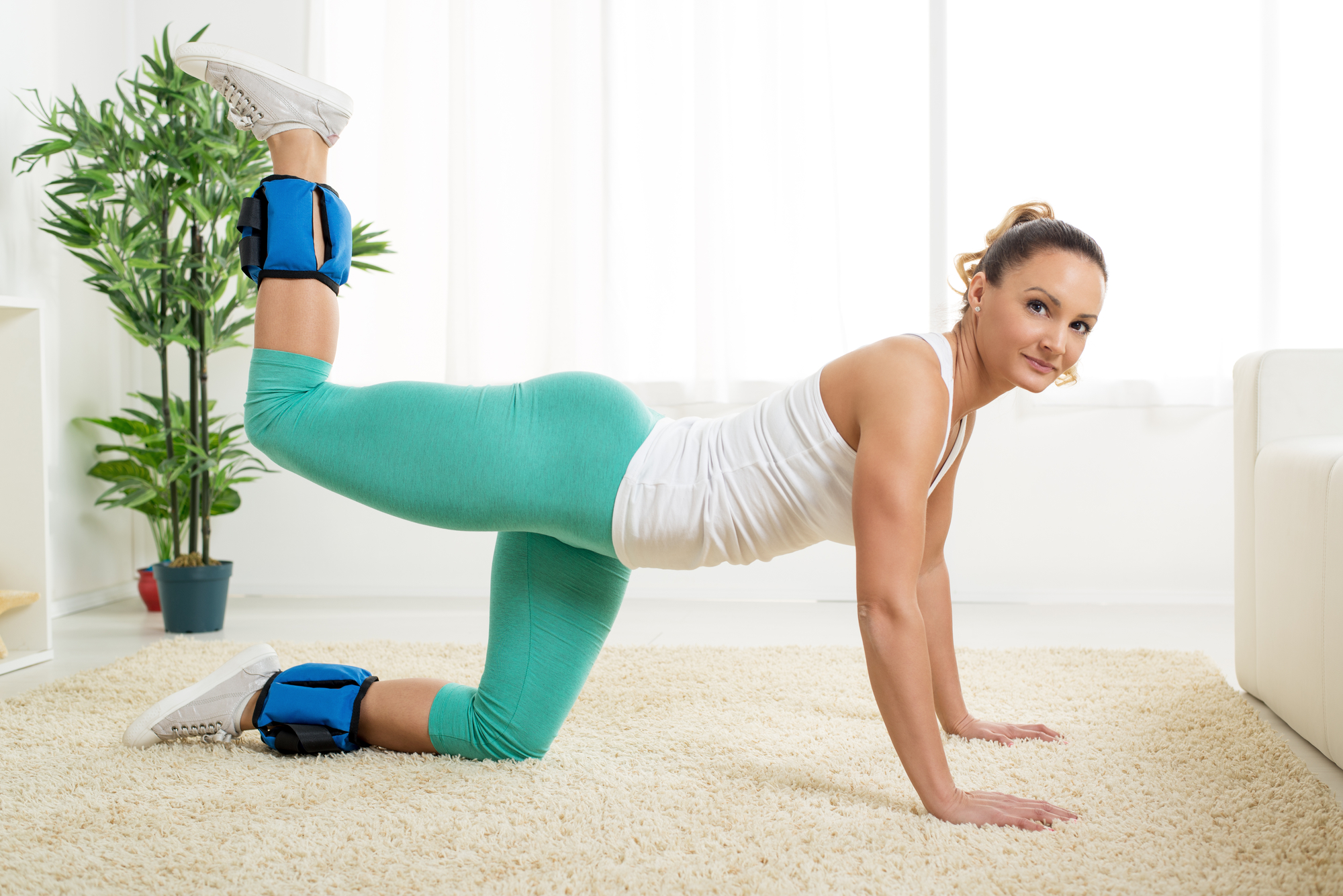 So how do you keep yourself fit when you have to sit?

I’ve always loved animals. When I was a kid having one of those run-ins with my parents that produced tears, I always looked for my dog or cat to cuddle up and give me furry consolation. Little did I know what a healthy move that was. 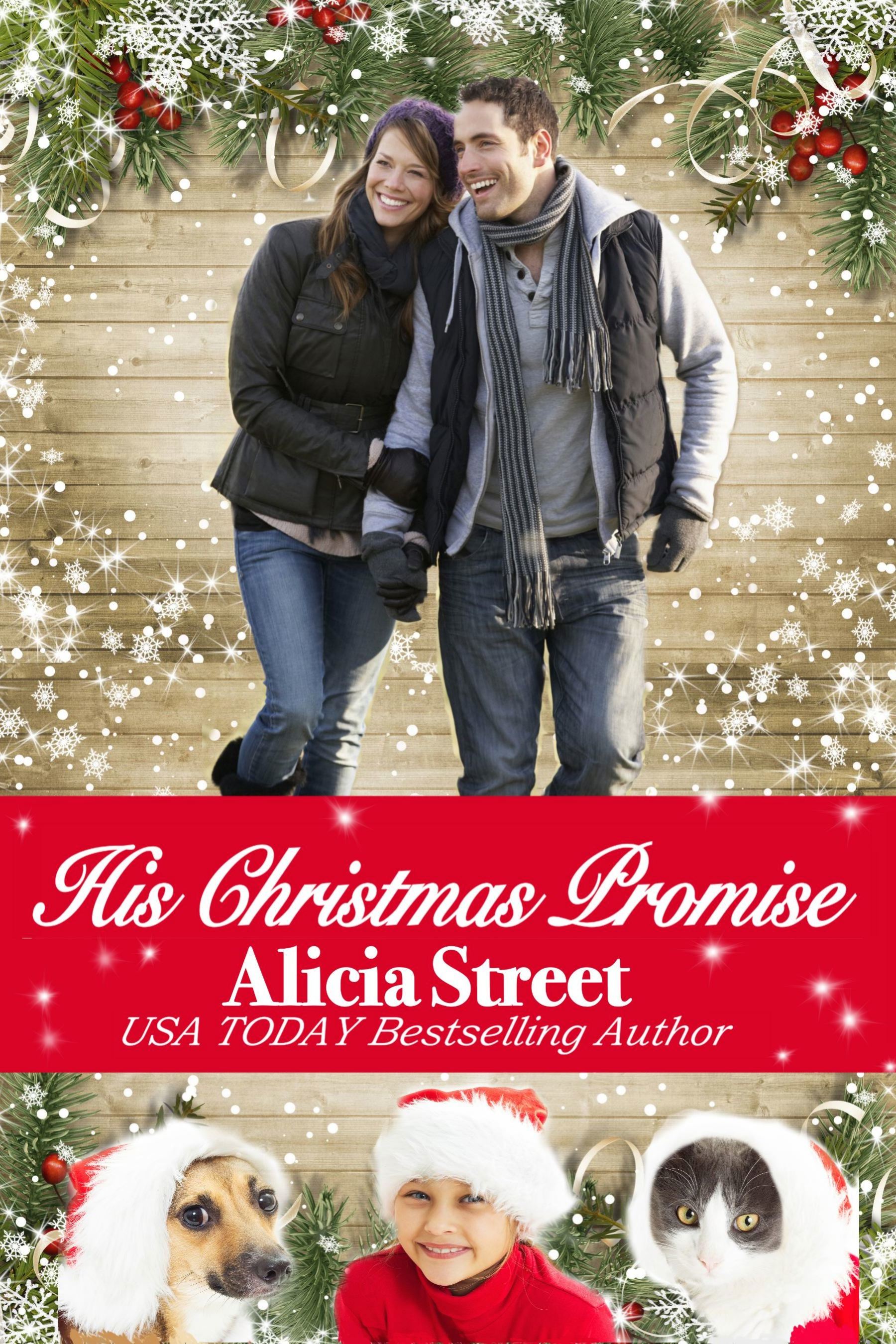 Today research shows that hanging out with a critter is good for both mental and physical well-being. It increases your level of the hormone oxytocin, which reduces stress and makes you feel happier. Petting a dog has been shown to lower blood pressure and cortisol levels and produce an antibody that improves the immune system.

Aside from the highly trained service dogs that work with wounded veterans and handicapped individuals, the use of therapy dogs—untrained pets that are tested for behavior and handling—do wonders in nursing homes, hospitals, mental health centers, and other places where unconditional TLC is needed.

His Christmas Promise, my novella in the boxed set features a mixed breed therapy dog whose loving nature brings healing and change to a family—not to mention an unexpected romance.

Pets and romance are a great match because animals have a way of opening our hearts. Releasing today, Christmas Pets and Kisses rings in the holiday season with sixteen all-new sweet and heartwarming romances from New York Times, USA Today and National bestselling authors. It’s a romantic collection of Christmas tails…uh, tales as adorable pets with fins, paws, feathers, and hooves bring holiday magic with the gift of true love.

Especially in the wake of Storm Sandy, I find myself smiling over the wonderful, life-celebrating images in photographer Jordan Matter’s new book DANCERS AMONG US.

Here is a behind the scenes video that you gotta love!

We have always loved excursions to the eastern end of Long Island, NY, but these days it isn’t easy to choose which Fork. No, we’re not talking about which fork to use at dinner but which side of the island suits our fancy.

When most people think of Long Island they think of the Hamptons. That Malibu of the east, seashore playground to Manhattan’s rich and famous. That’s the South Fork.

The North Fork, where we’ve set our new series of romantic comedies, is a more rural, downhome place, a collection of farming and fishing villages and quaint towns with a slight New England feel. But the North Fork is also now called the Napa Valley of the east, thanks to the forty-plus vineyards that have sprung up along this narrow strip of land between Long Island Sound and Peconic Bay.

One of the great things about getting lost in a novel is the aftereffect of the feeling as if you’ve just traveled to another place and lived there for a while. To give our Dance ‘n’ Love series readers a broader taste of the North Fork, as well as giving ourselves some artistic freedom, we created a fictional town based on several of NoFo’s real places.

And being a hundred miles out into the Atlantic, the sea-kissed air, the enchanting light— and of course the wine—make it the perfect location for romance.

Casey, our heroine in KISS ME, DANCER, returns to her North Fork roots after her dream of dancing with a professional company fails. Here she struggles to forge a new dream with new meaning through her dance school for the local children.

When she falls for Drew, a hotshot South Fork guy, their tumultuous love affair goes though ups and downs while we follow them to a wine tasting at a local vineyard, a ride on the public merry-go-round, a down-on-the-farm pumpkin festival, and boating under the stars.

When Americans are polled on their favorite hobbies, you know what usually comes out on top?

Of course everybody reads for school, work, research or just to figure out how to install the latest whatever-it-is they just bought. But when it comes to reading for ourselves, it is usually fiction we choose.

Being lucky enough to have older siblings and parents who loved books, I was one of those strange kids who started reading before I hit kindergarten. Growing up, I found as many friends in the pages of novels as I did among my neighbors and schoolmates. So, of course I am now a total fiction addict who goes into withdrawals if I get stuck waiting in a dentist’s office without a book or my e-reader.

I used to worry that this was escapism or at the very least, guilty pleasure. But those of you who share my obsession can relax. According to a couple recent studies, reading fiction not only helps you develop better social skills, but it can make you superior at interacting in business situations. (So, go ahead and load up your kindle with a vengeance!)

So, yeah, I think readers are special. And I think the act of a reader and author sharing a fictional world that is created solely out of words is a magical thing. After all, you’re living through situations together that are often more intimate and dramatic than those you’ve shared with people in your day-to-day life.

Am I sounding schizophrenic? Well, maybe all writers need to have a fluid sense of reality. 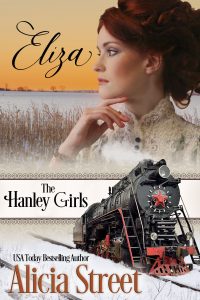 TwitterFacebook
We use cookies to ensure that we give you the best experience on our website. If you continue to use this site we will assume that you are happy with it.OkRead more